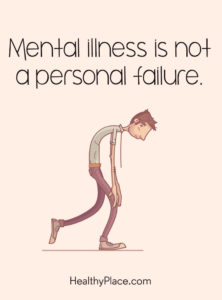 In most black cultures, it is taboo to talk about mental health or mental illness. And yet, many of us remember an aunt or uncle who was a little different or the grandmother who woke up screaming the name of her boy who never came back home. People accept the oddness of the behavior but there are no words in most of our languages to describe the pain of the mind. One can say their head hurts but they can’t express that their mind- the empty space in their mind also hurts. There has been some improvement in how we address and talk about mental health in Zimbabwe. For example, the friendship bench project has created room for people to openly acknowledge their invisible pain.

Since 2000, an estimated two million Zimbabweans left home in response to the declining economic and social conditions. The majority went to South Africa and the United Kingdom. For most Zimbabweans, their trip abroad marked the first time they had left home. A young woman in her early thirties recalled the first time she boarded a flight, “I had just finished A-Level. I was a straight A student. My aunt said I could come to England – work for a few years then go to Uni. I was excited. I didn’t know how to fasten my seat belt. The guy seated next to me on his way back to Australia helped me out”. Interview #1 There are many such stories of young men and women who found themselves headed to a world they knew very little about.

There are many sources of stress among the immigrant community. It is my hope that this essay will contribute to and enrichen a conversation that has already begun in the diaspora community on mental health.

When I asked people to name five reasons for why they left home the majority identified the failing  economy and deteriorating political situation as the two primary push factors. As a result, most Zimbabweans found themselves working 80-hour-minimum wage jobs or in some cases just as many hours for a lower than minimum wage pay. They worked and they sent money. The majority of people I interviewed had never taken a vacation since they emigrated and it was quite common to speak to people who worked 7 days a week. In most cases people started working a day after they arrived in the host country, “I arrived on a Tuesday and my aunt said she had a job ready for me in a care home. I started on Thursday at 6am. Back then people didn’t ask much about papers or even training. Imagine from a nice house in Harare to changing adult diapers” interview #3 in greater London.

Most people shared housing with at least 5 people. A small room that rotated as a bedroom for 5 adults who worked different shifts. “It is not that we could not have afforded to get ourselves a nice apartment but the way things were in Zimbabwe we just wanted to send as much money back home, work a few years, build a house and return” interview #3 unfortunately for most people the few years extended to 5 then 7 then 10 of living in squalid conditions waiting for things to get better back home. The Zimbabwe news coverage always left people in a state of panic and the anxiety filled phone calls from home did not do much to alleviate people’s worry. Access to social media, facebook, whatsapp, Instagram has not only improved family communication but given diaspora better access to the lives of the families left behind.

In extreme cases, the combined stress from money related problems, political fatigue and loneliness sometimes pushed people into illicit work. The majority of Zimbabwean immigrants were educated, urban professionals but not everyone was lucky enough to find work in the host country or had the physical and mental strength for the strenuous work.

“I do not know how it happened. One day a friend suggested that we could do the credit card thing. I had a daughter at home and a kid on the way here and the money seemed easy. I am not proud. I am not proud that I sold out my brothers for time off. I want to start over” interview number #15 Luton

Working long hours sometimes led to fragmented family lives. Most people did not find time to take care of their physical and mental health. A 55 woman who had worked as a lawyer in Zimbabwe found herself overwhelmed by the thought of starting over. Her qualifications were not good enough in the UK, she was an adult student in a class of young students who snickered behind her back, “I had never been bullied before- and here I was being bullied by 18 year olds. They laughed at my accent and made me feel small” interview #45 Scotland- like most diasporas she was balancing school, work and trying to be the perfect African wife who cooked, cleaned and took care of the family every day. It was all ok until, “I woke up in a hospital bed. They said I had collapsed. My blood pressure was very high. The doctors said it was a surprise that I was still alive. I went home and made a schedule- everyone had chores including my husband.” Some families found ways to balance the demands but not everyone was so lucky. The divorce rate among those interviewed was very high and most couples identified work and financial pressures as huge trigger points for divorce. We have also read unfortunate reports of diaspora couple murders.

In the last 18 years, a lot of Zimbabweans have lost loved ones as a result of the rapidly declining health system, political violence and increasingly, substance abuse. Many of those in the diaspora did not have the opportunity to go home and bury their dead. Mothers have vivid memories of the day they received the phone call informing them of the death of their child and the deep sense of loss when they realized they couldn’t go home.

“I received a call from my now ex-husband that our son was dead. He was only six, just starting grade one. My husband’s mistress was walking him from school, she wasn’t paying attention, he was hit by a hit-run. I was working on my papers, I couldn’t go home.” (Interview #33 in Scotland)

This young mother’s story is one of many that I listened to. I was struck by people’s composure as they shared deeply intimate and sometimes horrific details of their lives. Not a single parent cried during the interviews. As a researcher, I couldn’t cry or ask them to stop.  I listened and changed the batteries in my recorder as they talked.

People in the diaspora faced a choice that no one should ever have to make- their livelihood or burying their dead. Attending funerals is therapeutic, saying goodbye is healing and participating in the burial process leads to closure. As people have regularized their status it is now a lot easier to return home for funerals but sometimes others have to choose between helping family back home with the ever-increasing cost of funerals or spending on their flight or bus ride back home.

There is another kind of loss one that we don’t often associate with Africans, with black men in particular, the heavy weight of being alone. On a rare sunny Scotland afternoon, I found myself in a very posh apartment. My subject was an equally posh 30-something year old tech guy. After months of harrowing interviews, I was frankly relieved, I thought the interview was going to be easy. I was wrong.  He suggested that we eat at a nice restaurant in downtown Edinburgh, he was twiddling with his phone during the entire meal. I thought it was work. After what felt like hours he put his phone down and said, “no one texted me happy birthday”. It was his birthday and not a single person from home had texted him happy birthday and so he had spent his day “celebrating” with a stranger. I heard the same story over and over of the many lonely celebrations.

It took most of those interviewed an average of five years to reunite with their families. The good news is that since the massive exodus between 2000 and 2008 the average immigrant is likely living in a place with immediate or at least distant relatives. In the United Kingdom people have relocated into cities or towns with other Zimbabweans or Africans and in follow up interviews most people have a church home and community.

I read a sad story a few years back of a young Zimbabwean woman in the diaspora who was dead three days before anyone found her. Her toddler fed herself on juice and snacks all the while watching over her mother’s dead body. There are probably more stories that start out a little differently but end in the same tragic way. In some cases, this is inevitable but it doesn’t have to be like this.

Leaving home is scary. There is no shame in acknowledging that. Emotional scars are just as important as physical scars and people shouldn’t fear reaching out for help. If you’re reading this –send a text to a loved one. Check in on them. Buy yourself something nice. Find something to make you laugh.

How do I take care of myself mentally and emotionally?

I deal with homesickness and stress by doing yoga, exercising, hanging out with friends and family regularly (even over whatsapp). I plan phone dates with people I know will make me laugh. A good friend, Loice, taught me the importance of investing in myself. She said we should gift ourselves things. Now whenever I buy something for family back home or send remittances I do the same for myself because bitterness is a bitter pill.

When my sister died, I joined a grief counseling group. It was uncomfortable at first –And I have a degree in psychology- but it was helpful to be around people who didn’t need me to explain anything. I never said a word the entire ten sessions but I felt a whole lot better.

Another friend introduced us to the concept of planning our own birthday celebrations. Actively saying to ourselves – Happy birthday ME!