Our Money, Our Love, Our Marriage, Our Unions and Our Partnerships 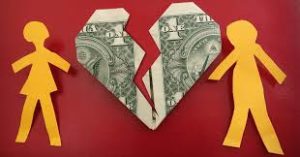 I hope you find yourself somewhere in these stories. Apparently (at least in the US), more people- over 35%- are likely to divorce over financial issues than say infidelity.

I hate to even write about this because a lot of my friends are newly married or dating wonderful people whom I believe will make amazing spouses. But, I also know from talking to a lot of people and my own experiences that money issues cannot be ignored. The sooner we address them, the better equipped we will be to find solutions when we find ourselves in a bind. So – journey with me.

Before I got married, I was a big fan of separate finances. I believed that women always get shortchanged in marriages. I grew up in a very patriarchal society where story after story was about cheating husbands, women who are left to start over from scratch after divorce, women who lose all their property after the death of a spouse, women who have to beg for household funds (including their salaries!).

I have also always felt that my mom like many women her generation brave enough to leave marriages that were not working for them gave up a lot financially and was forced to start over -including having to rent-Yikes! The death of my stepfather also exposed me to another form of cruelty that widows face. Beyond my story, I have also known friends who suffered financially because their mothers did not have personal wealth. I am forever grateful that my mom always worked hard to rebuild herself  – but surely, it must get exhausting. Always starting over. So I was sure that I would not want to join anything.

My husband (the handsome, sweet, caring person) was the opposite. Early in our dating days, he took me to the atm to show me his bank balance. This was back when Zimbabwe still had working ATMs. He grew up in a home where my parents in love (we are cheezy) shared everything. Dad brought the paycheck, and mom managed it. They are still very much like that- I love them. They sang at our wedding – how cute is that. They rehearsed for months- oh my! So many heart emojis.

Because God is a comedian, he threw us into a tough space early on. Initially, we took it for granted that after my Ph.D. I would move back home. Unfortunately, my teaching political science in Zimbabwe – was not possible. The dean flat out told me they do not hire foreign-trained PhDs. I hear things have since changed. We were also naïve and deeply in love (less naïve and still in love). My husband because he is who is made the dreadful move. He left his job, his career, his friends and joined me on a visa that would not allow him to work for at least a year. We had not put much thought into what this would look like.

Moving is hard. Moving and leaving your career behind is even harder, and love can’t always make it easier. It is human to find identity in the work we do. In the U.S. at every social event, the first question even before hello is always what do you do? This can kill someone’s soul. We also make friends at work, so if you are suddenly not working, it can feel like you have no purpose and you have no social circle.

I just listened to a great podcast on trailing spouses on the podcast uproot. Our story is not unique. In academia, the two-body problem is real, and expats face the same challenges all the time. A doctor, lawyer, teacher, or the journalist who finds themselves away from home in a country where they can’t work. It is tough.

In this new environment, I felt deeply for my husband and realized that my previous beliefs about the separation of money and love could not hold. By choosing to move for me, my husband had not only given up his income, but the gap in his CV was going to negatively impact his earning potential even after furthering his studies with another masters degree. I woke up one day and told myself that my income is our money. I have never had such clarity of thought about anything else. Before we got married, I had asked him what his dreams where, and he had mentioned things he wanted to do for his parents, and I had done the same. It became important to me that we achieve these goals. It is hard to enjoy life when your parents are not ok. I could never be married to someone who asks me to ignore my mother’s welfare. It was not easy, but it was what we needed to do, and I also realized that I needed to lead the effort. It is hard for people who have worked and supported themselves to ask or feel like they can make decisions about money when they are not bringing an income in the traditional sense.

It is a lot harder for men, I think. My husband like a lot of African men or men, in general, was raised with the understanding that his job would be to provide for his family materially. In my view, he was still providing by furthering his education, discussing things with me, sharing the household load, etc. but I understand that fundamentally this is not what he would have preferred. And – you know Africans talk a LOT — a whole other post on this.

Eventually when we were both working, as many of my friends have shared we settled on having a joint account for our significant goals, an understanding of which checking account covers which bills and a pocket money allowance. It seems to me that many of my friends – men and women alike value having a side account for personal spending. I think this is important for folks who entered unions at an older age. We all bring responsibilities into our marriages, and it is ok to be able to deal with those things but with an understanding that the union has needs such as rent, bills, mortgages, etc.

A few friends married and dating shared that they prefer to have one account. A friend of mine said that this system encourages accountability. One friend living in Zimbabwe said it was just better to unite everything given the precariousness of the economy – you know where you stand. I like their explanation. For us given auto payments for work and my side business things I think my husband would develop an aneurysm from trying to understand what is going on.

For some people it is imperative that they be independent – each person has their private accounts, and they split all bills in the middle. Many of the friends who responded to my short survey said this worked for them because they have different spending habits from their spouses. A couple in their 50s told me that at this stage where the major bills are clear, it is just better to do it this way- causes less headache.

Another friend shared that she has read too many stories of men stealing from women so she would rather be in control. If you listen to Christian podcasts, they will tell you that separate accounts are bad for marriage. I think that advise without context is wrong. What is bad for marriage is putting people in situations that make them fearful. Perhaps as a couple shares their fears and anxieties about money, they can find a more middle-ground approach.

I used to think that only women have secret accounts but turns out even men do. At first, I was like secret what??? But as my mom explained to me, things happen. What are some reasons for secret accounts?

So what is the best way of dealing with money in a relationship?

There is no one size fits all. An adult onesie for our issues would be great. Here are my thoughts though

*When your money is planned for, and the goals are clear, I think most of the money tension melts away like ice cream on the hottest day in Victoria Falls.

Hey friend- these things are hard. You are doing the best you can. No union is perfect, but you are perfect. We make mistakes, we learn, we grow. I am sending you love and light.

By the way: Not a certified financial advisor – these are just some thoughts 🙂 Let me know what you think